Shopping Cart
Your Cart is Empty
Quantity:
Subtotal
Taxes
Shipping
Total
There was an error with PayPalClick here to try again

Thank you for your business!You should be receiving an order confirmation from Paypal shortly.Exit Shopping Cart

So, Sunday night was really rather fab, I must say!

Although I am not native nor of a, shall we say "time", where I would've known about this great British band (experience) "Loose Ends", it was really a major high light of the evening (!) as the room kinda gasped for air as they took the stage... Subtle, gentle line up of Carl Mcintosh (centre), his gorgeous backing singer (left) and skilled percussive beauty on congas (right).

I LOVE Carl's voice and may have asked if I could marry it...response still to follow.

Though it was nice just to have be praised by him, tbf.

Taliwa and her band were also really good ..overall great night. Wish you'd been there..? Check it out below ne! 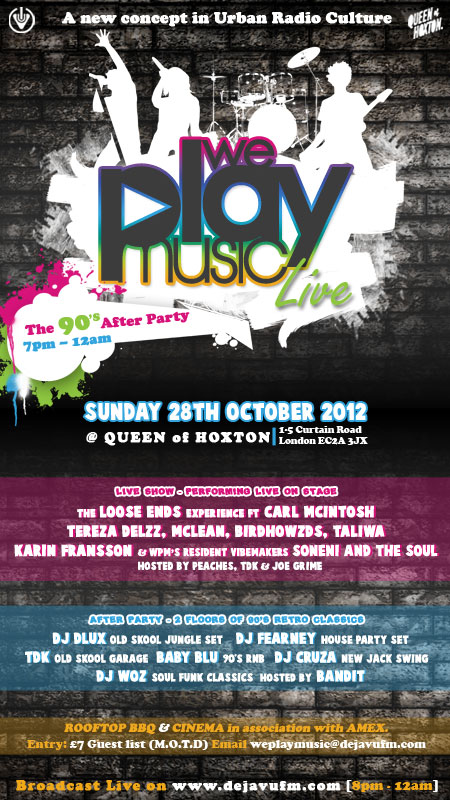 Jonkoping putting Gala on the map...

We had a lush time in Jonkoping Sweden playing at the Gala there!

The house band "Coverland" was wicked adding horns to my tunes, knowing the tunes bit by bit...splendid! Will hopefully put some links to the fab broadcasted vids here soon too but for now a shot from local online magazine Jnytt... 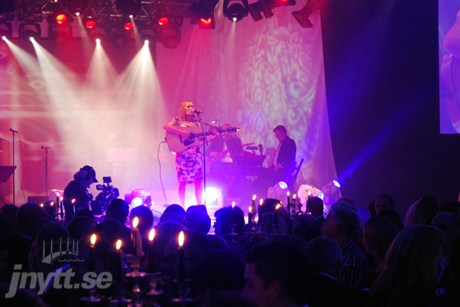 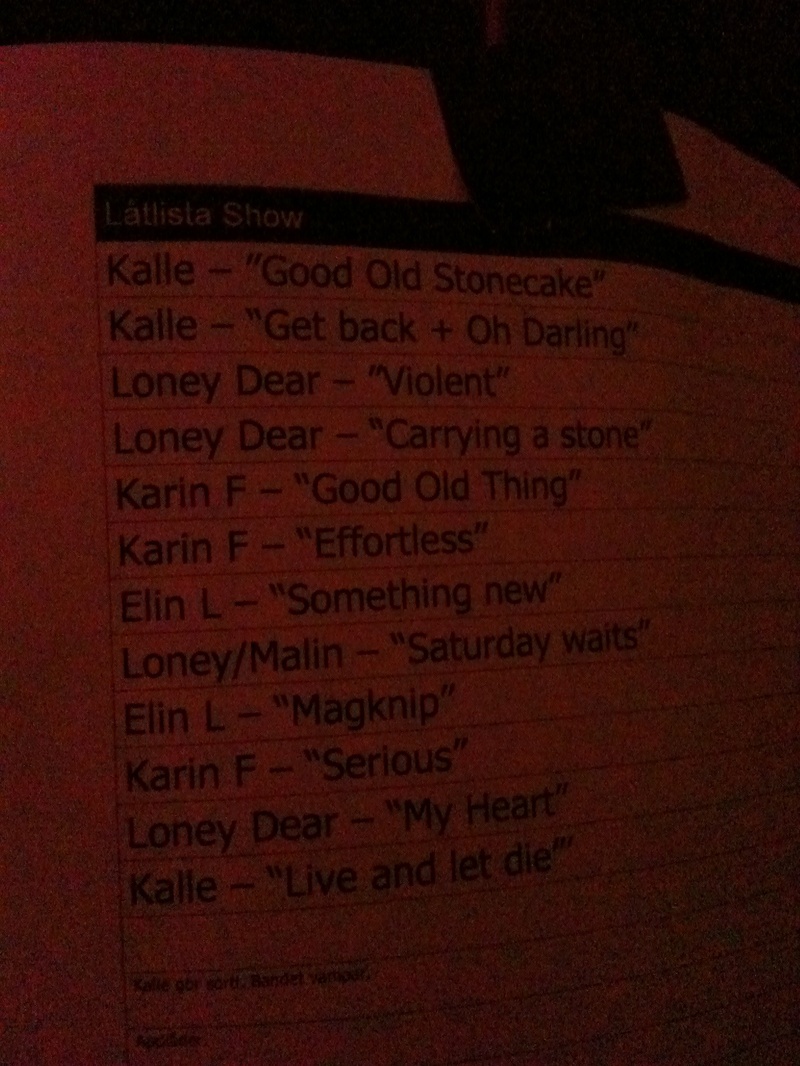 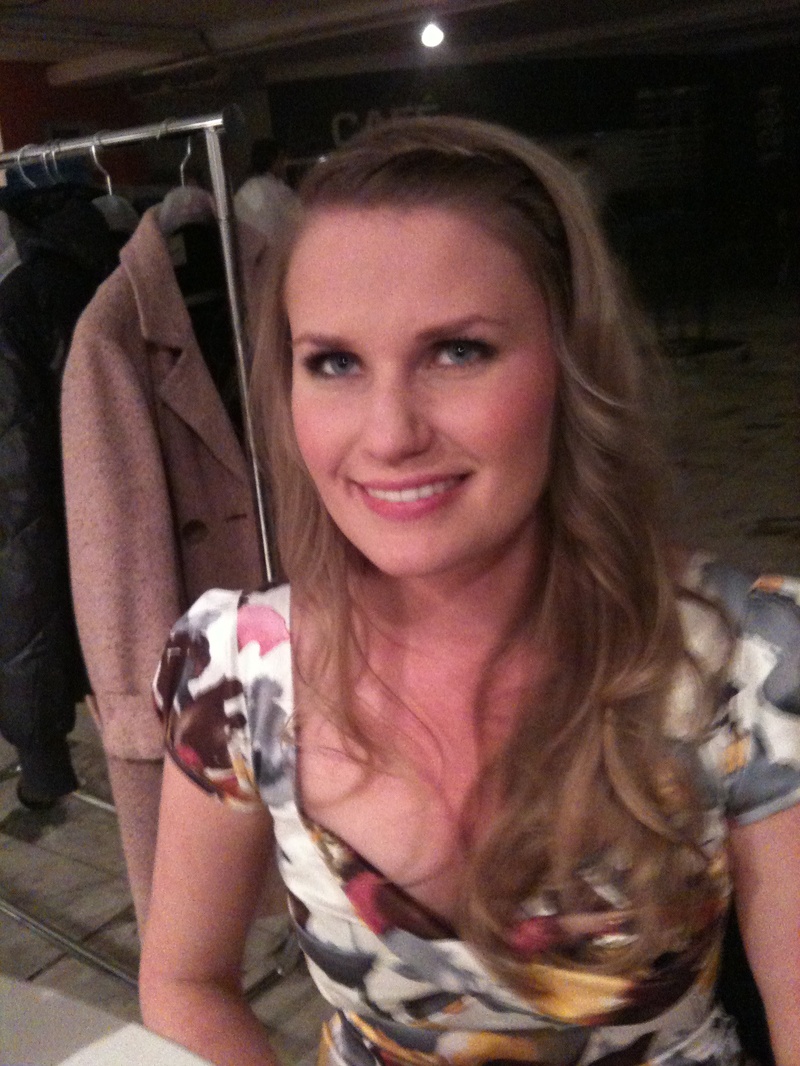 An interview by the Scandinavian Soul guys..

It's so nice to be played on www.urbanliferadio.se on Sundays now and again by the charming and humble Mr C!

I am also glad to say the same guys at "Scandinavian Soul" decided to do a little interview with me about a month ago. It's up and you can read it here on their website!

On a separate note I can also indulge in telling you that I had a wonderful time doing a few gigs in Paris the other week and sold a few albums too (!). The pictures from this can be found on my facebook page and also as part of my current design here.. Talented street photographer, Oleg Sotnik, from Ukrain took the shots and you can check him out here

I will certainly try to write ever so slightly more often in this blog....:-)

Next stop: Jonkopingsgalan, Sweden! Playing at the annual event in hometown on the BIG stage. Woop!

It's been a hectic November to be fair.. But! The video for "Ordinary Thing" is at its final stages of completion and the event to show it off is being planned fo the 10th December. If you're interested in getting on the limited guest list for this do send an email through : [email protected]

Other fun news is my fabolous label Too Hip Records got me an interview in the local magazine "Westminster Chronicles" and a wee review. The mag is out for a week (til Fri 25th Nov) if you want to pick up a copy in the borough. My favourite bit is : "sultry Swedish -born pop starlet" and "She has a strong, soulful voice - more brainy Winehouse then Amy - and knows how to swing over a track. She can also handle a ballad." - Geoff Cowart.

Doing a gig at Regal Rooms at the Distillers pub in Hammersmith on Wednesday 23rd November.. hope to see ya there.

Well I don't know how many of you tuned in yesterday but I must say, I had a well giggley time at Brookland's radio in Surrey. Quite enoyed the whole village scene as well, a bit Midsummer Murder vibe..

Just thought I'd mention the show will be aired again on Wednesday (21st) and the Thursday morning (22nd) for the Americans:

"You can listen again to Surrey Unsigned Wednesday night from 9pm (UK) and also Thursday 5am (UK time) and for our US listeners, Wednesday Midnight US Eastern Time, 11pm (US Central) and 9pm (US Pacific) A huge thank you to Amy Obenski and Karin Fransson Music for two excellent live sessions! Next Sunday we welcome Sam Beeton for a memorable live session!".. David Durant and Brookland's radio.

The other exciting thing going on is that I'm gonna be shooting a video for "Ordinary Thing" in October under direction of Nyika! We are getting ready to do this but am super short of cash and stuff so I've launched a campaing which I'm hoping people will share and hopefully get some aid through. :-) There may even be something in it for you, check it out: